To be held during the month of June

To foster the interests of affiliated Indoor Clubs of the County, and to promote the Indoor game for men within the County of Berkshire

To organise matches with affiliated Clubs, other Counties and Associate Members of the EIBA

To organise any competitions considered desirable

To arbitrate on question of bowling law and practice referred from Clubs, and to advise lf called upon

Application for affiliation shall be to the Honorary Secretary and shall be accompanied by a list of office bearers together with the address of the Hon. Sec. and Hon. Treasurer, and a copy of the Club rules

Clubs seeking affiliation shall confirm that their green has been laid down as recommended by the W.I.B.C Code of Practice

A yearly subscription at the rate fixed by the Annual General Meeting should be paid not later than 31st December for the ensuing year. Clubs failing to pay the subscription as stated shall forfeit all rights and privileges of membership until the whole of the arrears has been paid.

The affairs of the Association shall be conducted by an Executive Committee Consisting of:

In addition to dealing with all matters in connection with the product of the business of the Association the Executive Committee shall deal with such matters as may be delegated to it by the Annual General Meeting. It shall meet at least three times a year or as often as may be necessary.

The Executive Committee may appoint sub committees as required. The names of the delegates appointed by each affiliated club must be in the hands of Honorary Secretary by the 30th April for the ensuing year.

The Honorary Secretary shall keep records of all business transacted at the General and other meetings and shall submit to the Annual Meeting a report of the proceedings since the previous Annual Meeting.

The Honorary Match Secretary shall attend to all the fixtures  approved by the Executive Committee.

ANNUAL AND OTHER GENERAL MEETINGS

b.)  Members of Affiliated Clubs may attend the Annual General Meeting and take part in the business. Only the Officers of the Association and the 2 appointed delegates from each Affiliated Club shall be allowed to vote.

e.)  Substitution for appointed club delegates is permitted only at the General Executive if delegated by their club.

f.)  A Club shall be informed by letter if a delegate fails to attend 2 consecutive meetings and has not sent an apology in writing before the meeting.

g.) The President shall be Chairman of the Executive Committee and shall have a casting vote in addition to his own vote.

The Association shall nominate the Retiring President as an Honorary Life Member at the Annual General Meeting.

In addition, the Association may elect as Honorary Life Members any members who are considered to have given exceptional service to the Association. Honorary Life members (not being Officers or elected delegates) may be co-opted to serve on any Committee(s) for which they are deemed to have special qualification, but shall have no vote

h)    A Special General Meeting shall be called if so determined by the Executive. Seven days’ notice shall be given of such a meeting specifying the purpose for which the meeting has been called. No other business shall be transacted at the meeting.

i)     Standing Orders as contained in the rules of the English Indoor Bowling association shall apply to all General Meetings.

THE EXECUTIVE COMMITTEE IN APPEAL

The Executive Committee shall be empowered to adjudicate upon disputes referred to it, arising between or among Affiliated Clubs as to the meanings of or interpretations of any of the rules or any matter of policy or complaint. The subject of reference or appeal must be stated in writing to the Honorary Secretary who shall call a meeting of the Executive Committee to deal with the matter.

It shall be competent to the Executive Committee after due investigation of the facts and, if need be, the examination of witnesses and relevant evidence, to suspend or determine the membership of any Club or member thereof.

Right of Appeal to the next Annual General Meeting shall be reserved to the Club or member concerned.

Special attention is drawn to the requirements that all bowls used in competitive or representative games must bear the valid B.I.B.C. stamp.

This Association is subject to the Rules of the English Indoor Bowling Association.

Teams for all matches shall be selected by a selection committee(s) appointed by the Executive Committee.

ALTERATION TO THE RULES

Alteration of, or addition to, any of the foregoing rules shall be made only at the Annual General Meeting or at a Special General Meeting convened for that purpose. Written notice of the terms of such alterations or additions must be submitted by the Executive Committee or Affiliated Clubs of the Association 28 days prior to the meeting.

The Constitution of this Association, like that of the English Indoor Bowling association, legislates for men only. Where clubs share facilities with women bowlers such women should form a separate club or separate section under their own Officers and should not be included in any return made to this Association.

From the Colts Panel

If considered appropriate the Executive Committee may award a Colt’s badge to a member of an Associated Club, the club to be consulted before such an award.

When submitting Nominations, a Club should suggest an order of merit in which the nominees may be considered.

A Colt will be awarded with a Colt’s badge on the occasion of his first County game.

The award will be considered by the Executive Committee upon     written application from the Secretary of the Affiliated Club.

Recipients of badges/flashes shall pay a fee to the Association as   determined by the Executive Committee.

The dress to be worn at all Association games, unless otherwise determined by the Executive Committee, shall be:

The County blazer badge (where appropriate) must be worn on the left breast pocket, the colour of the blazer shall not apply if superseded by International or E.I.B.A. honours. Badges embroidered on shirts and jackets worn by County representatives must be Association badges only, unless superseded by International or E.I.B.A. honours.

Dress for matches v Affiliated Clubs shall be left to the discretion of the Executive Committee.

All team sheets are added to the events on the website for the remaining games.

An excellent tour was had by all. Scores on the doors

Please see the below for fixtures, Once selected you will be able to click on each oppositions name below  to view the team sheet. Click view calendar link to see future matches.

NOTE – You will be able to see the team sheet but at this time PLEASE check your name off on your club board as usual.

Brain himself has received excellent care from the hospital over the years, covering treatment for cancer and 2 hip replacements to looking after his heart.

Thanks to the care he has received he is able to continue bowling and he wishes to show his support for the hospital and the NHS in general. 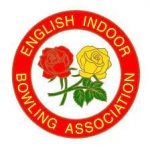